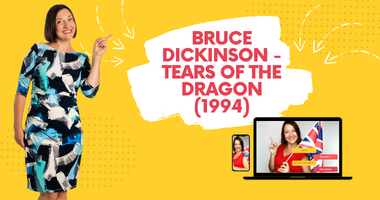 Tigers usually symbolize strength and power. In mythology, dragon/tiger tears have unparallelled healing powers, so it refers to being healed of the hurt suffered.

DISCUSSION: Do you agree with this statement: Society generally discourages people from crying, but sadness, which is different from weakness, is ok to feel.

Bruce Dickinson: Why I Left Iron Maiden in 1993