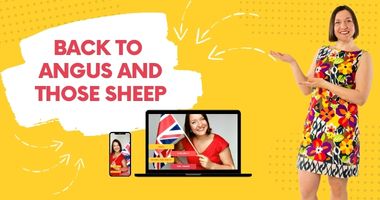 Lekcja #38 back to Angus and those sheep

When two people are planning to get married, they can choose to have a religious ceremony or a civil ceremony. On the wedding day, the groom’ is helped by a best man who brings the rings to the wedding ceremony. The bride may have one or more bridesmaids’. Afterwards, there is a reception for the couple and the wedding guests’. It’s traditional for the best man and the groom to make speeches, and then everyone drinks a toast to the couple, and wishes them a long and happy marriage. After the reception. they usually go on their honeymoon. On the same day every year after that the couple celebrate their wedding anniversary.